Unpacking The Model Minority Myth: How it Operates and What We Can Do About It 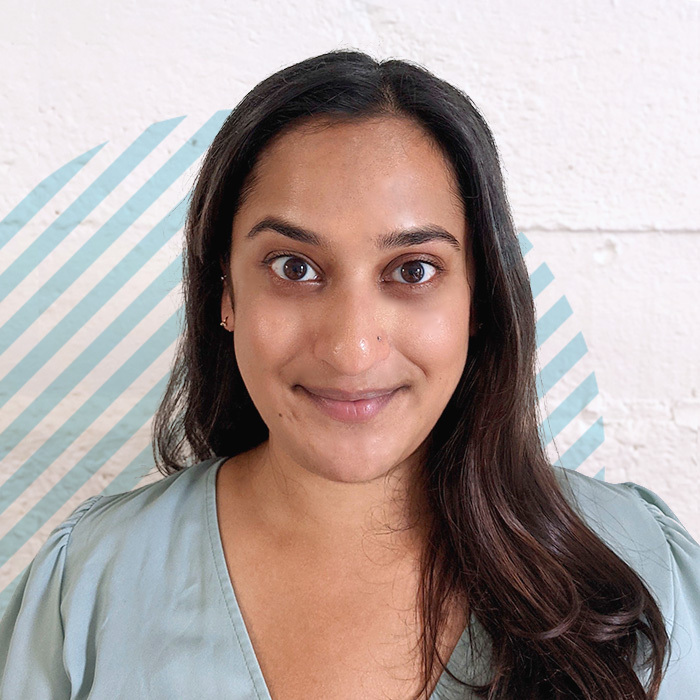 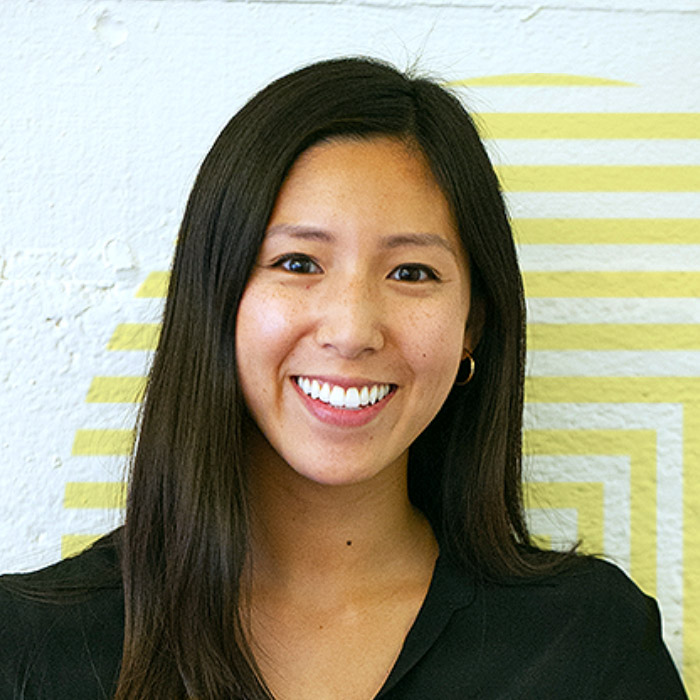 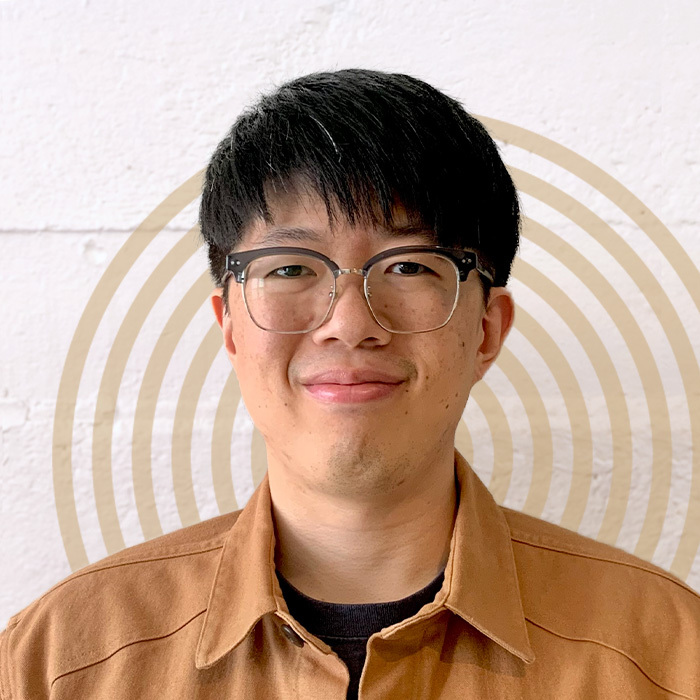 While it’s been 30 years since the U.S. Congress officially deemed May Asian American and Pacific Islander Heritage Month, it’s clear that Asian Americans and Pacific Islanders (AAPI) continue to face systemic barriers to equity, justice, and belonging. But too often AAPI are left out of organizational DEI conversations and strategy, in part because of assumptions stemming from the model minority myth.

As Sarah-Soonling Blackburn notes, “[The model minority myth] characterizes Asian Americans as a polite, law-abiding group who have achieved a higher level of success than the general population through some combination of innate talent and pull-yourselves-up-by-your-bootstraps immigrant striving.” This idea — operating alongside other ideologies, like meritocracy and the American Dream — predicates a faulty belief that anyone can succeed in the U.S. as long as they work hard, keep their heads down, and assimilate to White culture.

Beyond pitting AAPI against other marginalized racial groups, the model minority myth also erases both individual and group differences among the community, perpetuating a belief that all AAPI have “made it.” In reality, AAPI in the U.S. experience some of the largest intergroup disparities in pay, educational attainment, and healthcare accessibility. In addition to differences among subgroups, each person’s individual experience is further differentiated by their other backgrounds and identities — like whether they are native English speakers, when they immigrated to the U.S., the color of their skin, their religion, or whether they have a disability, among many others.

As allies and DEI leaders, here are few things you can do this month and beyond to combat the harmful effects of the model minority myth.

Tip 1: Reflect on your own internal assumptions.

When you hear the term “Asian” who immediately comes to mind? Chances are if you’re in the US, you might think of a person of East or Southeast Asian descent. If you’re in the UK, you also might think of a person of South Asian descent. These mental shortcuts — shaped in part by demographic trends — lead us to not only hold specific beliefs and expectations about those in the AAPI community, but also may influence beliefs about who even “counts as Asian” to begin with.

When we rely on these shortcuts, we may end up excluding certain people or incorrectly assuming the needs of those within a community based on a visible, but limited, subset. Anchoring to prototypical examples can also lead to viewing the group as a monolith and holding the false belief that substantial progress — or even equity — has been achieved for all AAPI.

Of course, while understanding patterns of experience and recognizing each person’s unique identities are important, we should also be careful to never assume the identity or experiences of someone. For example, even among those with roots in Asia, there is variability in self-identification as Asian American or as “people of color.” Asking, rather than assuming, is always the best approach.

Ultimately, we need to be mindful of the assumptions that we make about individuals in the AAPI community — whether these assumptions center around who is Asian, the traits and skills we associate with AAPI, or even assumptions around the types of bias or inequity that AAPI experience, both in and outside of work. This AAPI Heritage Month, consider who is typically centered in conversations around racial inequity, and amplify the voices of those who are often left out, like Native Hawaiians and Pacific Islanders, Hmong Americans, or Sikh Americans.

While certain AAPI subgroups are more likely to be hired in certain industries, they are simultaneously less likely to be delegated high visibility, skill-stretching opportunities and less likely to be promoted to leadership positions — a phenomenon dubbed the “Bamboo Ceiling”. It’s clear that beyond impacting who is represented in our companies, conscious and unconscious bias can impact whose voices we value, whose belonging we prioritize, and whose growth we invest in.

In our own Paradigm Inclusion Survey* data, we find that, compared to White employees (N=16,178), AAPI employees (N=1,988) respond less favorably when asked about the extent to which: they belong at their company; they have the information and resources they need to do their jobs; they have equal opportunities to succeed at their company; and they can voice a contrary opinion without fear of negative consequences.

In other words, underrepresentation and marginalization operate independently — there is often, but not necessarily, overlap between the two. And disadvantage, too, is cumulative for those with multiple marginalized identities. For example, Asian women in Silicon Valley report experiencing racialized and gendered exclusions simultaneously, like sexualized comments or personality-based performance feedback.

Prioritizing outcomes beyond hiring  — like belonging, voice, and growth — will ensure that you’re moving beyond diversity alone to consider equally important dimensions of equity, justice, and inclusion. For example, you can advocate for company initiatives to promote, sponsor, and up-skill AAPI employees and leaders, in addition to recruiting and retaining employees from underrepresented AAPI groups.

Tip 3: Acknowledge and address bias toward the AAPI community when you see it happening.

In recent years, AAPI employees have been disproportionately affected by job losses and reductions in hours due to the COVID-19 pandemic. The rate of anti-Asian hate crimes in the U.S. rose steeply in 2020 and remained elevated in 2021 into early 2022. A Pew Research Poll revealed that, last year, 32% of Asian Americans feared that someone might threaten or physically harm them. And most recently, a violent attack in the NYC subway system affected a predominantly Asian and Latine neighborhood.

At the same time, AAPI employees continue to grapple with microaggressions and other subtle forms of bias — like being mistaken for another Asian American colleague or being treated as a perpetual foreigner — in and outside of the workplace. These seemingly-small signals of exclusion occur chronically, the effects of which build up over individual lifetimes and generations, and are often referred to as “death by a thousand cuts.”

To show up for AAPI at work, stay aware of current events, locally and globally, and provide support accordingly. For example, you might consider how to address heightened anti-Asian violence when designing your return-to-work policies, offering group travel or shuttle options to work for those commuting on public transit. Understand your role as an ally, and call out bias when you see it. Finally, build awareness around racial trauma in the AAPI community and create space at work for dialogue and healing.

*The Paradigm Inclusion Survey is an employee survey that helps organizations understand how people from different backgrounds and identities experience organizational culture.

If you want more resources to celebrate AAPI month, contact us today!